On February 24th, 2020, we learned of the passing of Katherine Johnson, a NASA mathematician who overcame racism and sexism in the 1950s to play a key role in Project Mercury, the first American spaceflight mission to put a man into orbit and return him safely.

Katherine, like many other NASA mathematicians at the time, relied on a Monroe calculator to make the precise calculations required for space travel. The mission required the team to launch the capsule into orbit, fly through orbit while testing the shuttle and computer systems, and then return to Earth by landing between two navy ships in the Atlantic Ocean before being hoisted out of the water and pulled to safety.

To compute the precise launch angle and path of the spacecraft to ensure that when the rocket returned to Earth, it would be within spitting distance of the navy's waiting ships. In response to the mounting pressure of the mission, Katherine famously said: "Tell me where you want the man to land, and I'll tell you where to send him up".

Katherine then dove into the calculations, designing a complex system of trajectory equations and using her Monroe calculator to compute them. She faced challenges such as accounting for the gravity Earth exerted on the satellite, Earth's oblateness - the fact that Earth is not perfectly spherical, as well as factoring in the planet's rotation. "The Atlas mission...required both extreme precision and the utmost accuracy. A number transposed in calculating the launch azimuth, a significant digit too few in measuring the fully-loaded weight of the capsule, a mistake in accounting for the rocket's speed and acceleration or the rotation of the Earth could cascade through the chain of dependencies, causing serious, perhaps catastrophic, consequences." The fate of John Glenn, the astronaut who piloted the mission, literally depended on the preciseness of the calculations Katherine made with her Monroe. 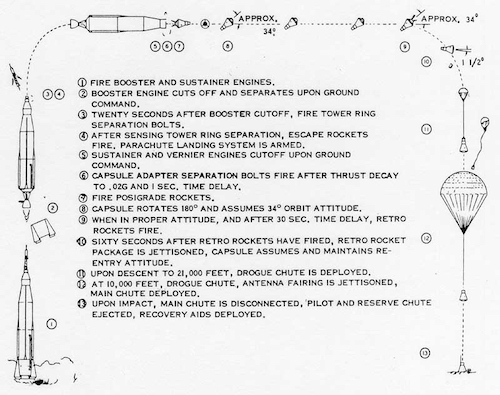 On February 20th, 1962, as John Glenn rocketed through orbit for the first time in American history, the pressure was on Katherine to monitor and project the rocket's trajectory to ensure it didn't deviate from the plan. As the craft flew overhead, it sent a torrent of data to NASA, including speed, altitude, fuel level, and even the astronaut's heart rate, which Katherine plugged into her calculator and used to monitor the craft's flight path.

When John Glenn finally splashed down into the Atlantic Ocean, he was welcomed as a hero, landing only 40 miles off from the ships due to an incorrect estimate of the capsule's re-entry weight. Outside of this, the mission went like a dream.

While many American heroes were made that day, Katherine Johnson has always held a special place in the hearts of Monroe for the behind-the-scenes work she did to ensure the success of the mission. Katherine is a true American hero and inspiration whose legacy will live on and we are honored that our calculators aided her, NASA, and the entire country in putting the first American into orbit.

Today, we honor her for the barriers she broke and all that she achieved. Katherine, you will be missed.

**All quotes are from Nautil.us.com.